Fashion editors seriously have one of the best jobs in the world. They get insider info in the fashion world about what’s coming, and to some degree, they are also an authority figure that has a large say on what will succeed and what will crash and burn. There are two big things that make them qualified for the job: they possess a creative and imaginative eye for what could be a potential fashion trend and they have the bravery to try it out themselves to see how feasible it is. And one material that they are constantly forced to work with, whether they love it or hate it, is denim.

This material has found numerous ways of being a wardrobe staple for the past century that goes waaaaay beyond being in the form of jeans. Denim’s chameleonic nature has made it highly resilient in fashion which means it reinvents itself a million times faster than Madonna to keep up with the times. Here are few ways to wear denim like a fashion editor.

Fashion editors need to have a certain level of appreciation for the new and/or exotic ways denim makes an appearance in the fashion world, no matter how strange and unorthodox it may be. Denim has been used for jumpers, dresses, skirts, vests, coats, shirts and pretty much everything else and is such a popular and highly recognized fabric that spectators can recognize it from a mile away. Denim has no equal in its ability to crossover into nearly every genre of clothing, and it’s only a matter of time before it does it again.

The consistent love that world has for denim makes all other fabrics green with envy (with some actually being green at the same time) and are unable to compete. Even leggings are making an attempt to keep up with denim by mimicking their appearance and experimenting with deceptive prints to try and fool an onlooker into thinking it’s actually a pair of jeans. So when you see this tough fabric show up in unexpected ways, you wanna be the first to try it out because chances are good that it might be the next big thing.

Denim related discoveries don’t always mean that you have to find a new version of denim clothing. One sure fire way to keep up with the ways a fashion editor wears denim is being willing to experiment with already well-established denim fashions. This means you need to constantly be on the lookout and hunting for clever style concoctions that denim has been incorporated into, who’s wearing them and how they’re pulling it off. An editor must always keep their eyes and ears open for unusual takes on denim fashions and how to take advantage of those ideas in the event that they become the root of a new fashion trend. A prime example of this currently is combining the traditionally casual straight legged jeans with a pair of pointed toe-pumps. It’s very chic and not to mention kinda nice to give the skinny jeans look a rest for a little while.

Everyone knows the saying about how all styles (even the notoriously ugly ones) will one-day comeback. This saying doesn’t pertain to just denim, but to fashion all around. A fashion editor is hyper-aware of this fact and they know that one day they will have the need for those older styles again and when that time comes they’ll be prepared for it and ahead of the game. They also aren’t scared to sport an outdated look every once in a while for a retro look that may lead to the resurrection of an old one. Because of the world’s deep love for denim of any kind, styles that are denim-related are never gone for very long. It seems like every other spring or summer denim shirts or denim jackets make their way back into the public eye and can be seen sported by every hipster on the street. Even high-waisted jeans are returning and being worn by the young and ultra trendy in spite of the fact that they had been ridiculed as “mom-jeans” for the past 20 years. The moral of the story here is if you do cave and decide to break the fashion-editor-rule by throwing out your old clothes, at least, hold onto all of your denim items.

The days of denim only being exclusively worn by the laboring working man are obviously long gone. Denim has evolved immensely and has in some way tapped into every area of fashion and nobody knows this better than a fashion editor. This-much loved material has come up with a million new ways to be worn in the past, and more are sure to come. So keep watching for new ways to wear denim like a fashion editor does, chances are good that they’re giving you a sneak peak at denim’s next trendy incarnation. And who knows, maybe one day they’ll be looking to you. 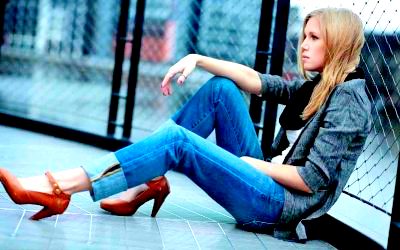 You can now say goodbye to your thick coats and the countless black garments...

30 Classy Jeans Style Summer Outfits that You Can Try: The Ultimate Style Guide

The summer season is approaching to us and you are most probably wondering the...

30 Most Stylish Boho Beach Outfits to Wear on this Summer!

Make this year’s summer your one of the best ever, by rocking these...

30 of the Sexiest Swimsuit Outfit Trends for this Summer

The warm weather of summer is nearly upon us, which means, if you are really...

30 Spectacular Summer Outfits to Wear on Your Work: Brighten Your Day!

As the temperature has increased, it is the high time to escort in a summer...

30 of the classy Jumpsuits to Choose for Your Summer Outfit

Soberly, though, what is verily better than a classy jumpsuit on a hot and...